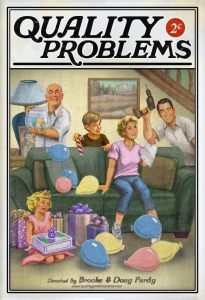 Bailey and Drew are a 40 something couple much like other couples: They have two kids, two jobs, one dad with Alzheimers and one boob with cancer. With only two weeks til daughter Scouts eighth birthday party, Bailey just wants to check things off of her massive ‘to do’ list. This isn’t her first rodeo with Breast Cancer and she’s determined to handle it as efficiently as possible. Even if it means compulsively chewing a lot of ice and getting into a few unwarranted fights. Laid back Drew wants to completely fix Bailey. He decides the best way to do this is to ‘work’ her well, taking any job that comes his way including building a shelving unit for an eccentric millionaire’s dollies. As Bailey juggles her misplaced anger, wayward Boot Camp clients and her father’s advancing Alzheimer’s, Drew enlists the help of his ‘road dogs’ Lance and Alan to get the cake, favors and entertainment for Scouts party. Yet, when Drew tries to cut a few corners, the seemingly easy birthday party tasks prove to be a bit more challenging than he originally anticipated. In order to take her mind of her impending surgery, Bailey’s girlfriends take her for a night out to ‘blow off steam’. Bailey decides that the best way to do this is to punch someone in the throat. The night isn’t what anyone had planned. In the meantime, her father keeps deciding to go on walks in the middle of the night, often, without pants and Drew tries to do what he does best; fix things. But Bailey doesn’t want to be ‘fixed’- she wants to be WELL. When Bailey’s ten-year-old son, Max opens up that he knows the truth about Santa, the Tooth Fairy and her Cancer, Bailey finally realizes she cannot control everything. Their friends and family rally around them and Drew stoically stands by her as Bailey survives another surgery. In the end, he gets to fix everything by putting out fires right and left at the birthday party to end all birthday parties 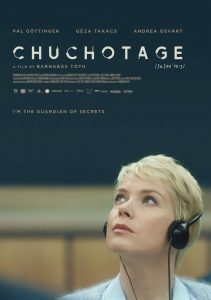 Sometimes it’s hard to be a conference interpreter.

During a professional conference in Prague, two simultaneous interpreters in the Hungarian booth realize that only one person is listening to them. 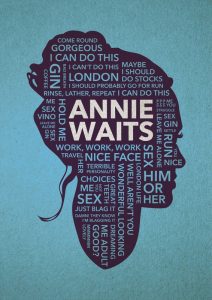 We’ve all waited for ‘the one’. The one who catches our eye, the one who keeps our interest, the one who won’t expect us to trudge down that conventional path. Annie Waits tells the story of lust and disappointment, as a twenty-something waits for her adult life to begin. 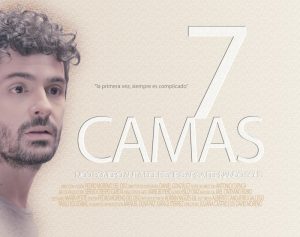 Eduardo is about to commit a new infidelity 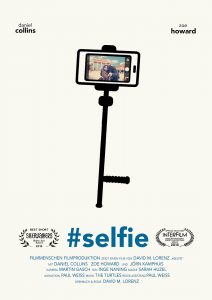 A couple on holiday in Berlin. Everything is perfect, but then he wants to take a selfie… The ending of a relationship as seen through a mobile phone. 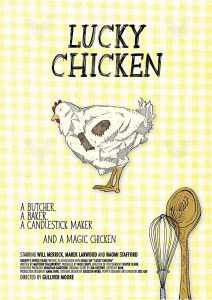 A quirky silent romantic comedy about a butcher, a baker, a candlestick maker… and a magic chicken. 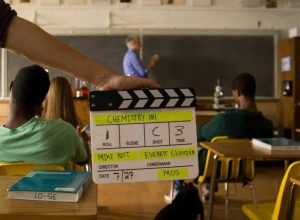 When a shy student musters up the courage to ask out his chemistry classmate, his plan goes awry after his letter lands on the wrong student’s desk.

Be careful, Antonio! By Yeray Pacheco 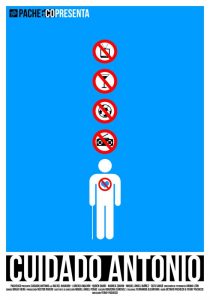 Antonio’s life was quiet, until one day everything changed forever. 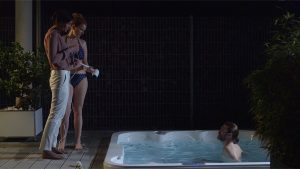 Inga unexpectedly arrives home early to her posh apartment late at night.
“Backyard-Love” is a cheezy-humorous short film about three people who are unclear about their feelings for each other as lovers. Attempting to regain control of an increasingly absurd situation the characters reveal more of themselves than they would care to. 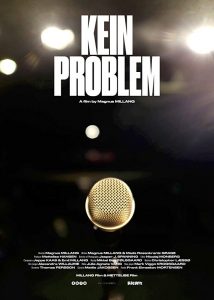 Copenhagen, late 1990s. When the lead singer of Denmark’s second-best cover band
calls in sick, the band’s two insecure backup singers start backstabbing each other over
the role as lead singer for the night. Who knew that jambands could be the scene of a
life-or-death drama? May the best man in denim shorts and denim vest win.

A little mistake by Andrea Murchio 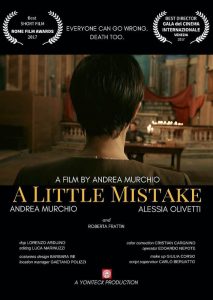 A young woman, Maria Dubois, just had a terrible car accident along with his companion, Pietro.
A few minutes later she finds herself in a strange place, where she’s welcomed by a mysterious bureaucrat wearing a suit and tie.
“Maybe they told you there was a little misunderstanding about your case…”
The woman is confused, she does not comprehend.
She’s told that there was a mistake, she has been taken, she died, while the predestinate should have been Pietro, her boyfriend.
What to do? Coming back to life, or immolate herself to save him?
“A LITTLE MISTAKE”, is a journey, as well as in the offices of the afterlife, even in the meanders of human nature, in order to show -with the right amount of irony- how we human beings are able to be generous and altruistic. 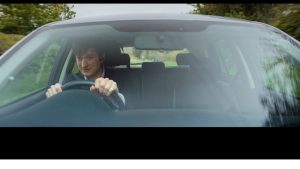 The story focuses on Dr Morris and his increasingly awkward attempts to conceal a
painful truth from his wife.

That Smell by Kyle Lavore 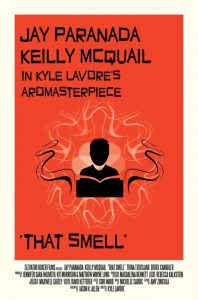 This unusual comedy takes us into the secretive and persecuted world of book sniffing. Nate is an awkward man who is pulled into the world by Trisha, the underground movement’s leader. She teaches him the ways of the book sniffer while avoiding the villainous shadow men hell bent on stopping them. 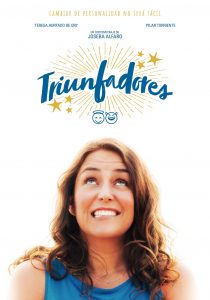